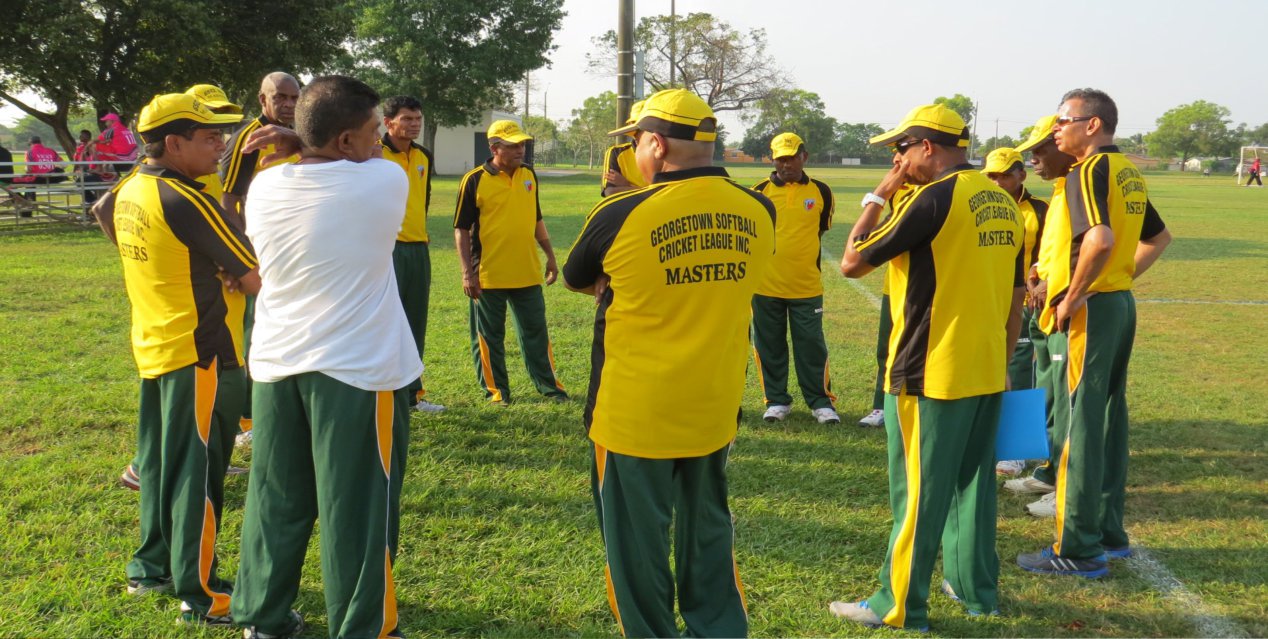 Guyana Softball Cup 5 champions Regal is slated to represent Guyana at the 13th Florida Softball Cup which will be held from March 11-13 at Brain Piccolo Park. The competition is being held to celebrate Guyanaâ€™s 50th Independence Anniversary and is organized by the Consulate of Guyana in association with the South Florida Softball Cricket League (SFSCL).

Members of both teams met with Director of Sport Christopher Jones this past week at his Homestretch Avenue office where Jones wished the teams well and promised his support. He encouraged the players to put their best feet forward since they will be representing the people and Government of Guyana.
Regal defeated New York All Stars and Floodlight in the Guyana Cup 5 Open and Masters finals respectively at DCC in 2015. Vice Captain of the team Samuel Kingston told Kaieteur Sport that Regal were invited by the organizers to be part of their 50th Anniversary celebrations.
He expressed confidence and they are eager to showcase their talent and win the tournament. â€œWe have a number of talented players who can hold their own in any given situation so I am confident we can go all the way,â€ he added. The Open side will be led by Chien Gittens and includes Richard Latif who was voted MVP in the Open segment in last yearâ€™s Guyana Cup, Safraz Esau and Fazal Rafiek, while the Mastersâ€™ team will be captained by Troy Kippins.
Regal and Wolfâ€™s Warriors of West Demerara are the Guyana teams invited to take part in the Open category of the competition, while the others are Tristate, Hurricanes, Orlando Softball Cricket League, SFSCL, New York Enforcers and Mercenary.
In the Masters division, Regal will join Floodlight (Guyana), Tristate, Better Hope NY, OSCL, SFSCL, Brooklyn Legend