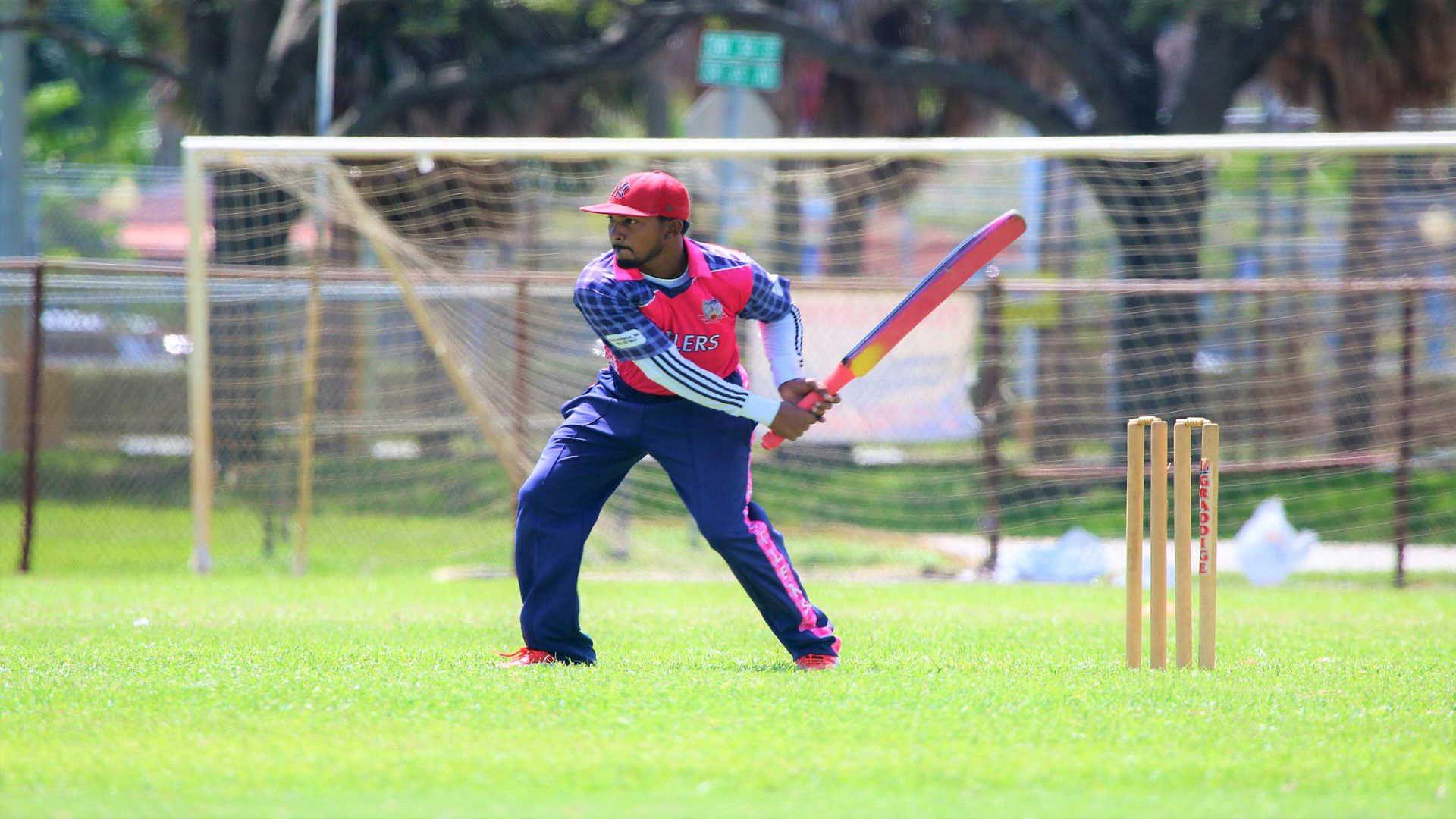 Kevin Budhna scored a patience half-century to help Hustlers set a challenging total of 219/9 against Sportsman yesterday at Welman Field. Hustlers won the toss and opted to take the first strike although several of the top batsmen were not available for this a match. With a thin batting line-up, Kevin Budhna who is leading Hustlers for the second consecutive season opted to bat in the middle-order instead of his familiar dominating position at the top of the order.  The decision not to open the batting soon backfired as they lost 3 wickets within the first 3 overs of their inning.

With Denah, Kuman, and Khan back in the pavilion with the score only on 16 the middle order was now exposed. Kevin was joined by Ravi Singh and the two battle through the tough spell of bowling from the Sportsman opening bowlers and later capitalized on some loose bowling after the power-play to put on a 75 run partnership.

Kevin was next to fall off the bowling of Arkhan Ally for a well played 54 which included five sixes and 5 boundaries when the score was on 97.  Ravi was joined by the hard-hitting Vishnu Narine and the pair batted sensibly mixing defence with aggression to take the score to  134 before Vishnu fell to the bowling of Arkhan also.

Ravi Singh playing his first game since the regular summer season showed good form as he continues to bat well with the other Hustlers batsmen taking the score to 219/9.

Sportsman in reply to Hustlers challenging total of  219 started off well and continued throughout the first half of their inning. At the 13th over break, they were 89/2 with Arkhan Ally and Riad Mohammed well set at the wicket.

With 130 needed off the remaining 12 overs Hustlers camp was still very confident, however, they knew that they would need to break this partnership soon, if not this pair can bring down the required rate quickly with their unconventional batting style that has proved a little challenging for the Hustlers bowlers.

The breakthrough Hustlers was looking for came during the second over after the break with Ravin Ramnarine taking a magnificent catch in the deep mid-on region to send back Arkhan Ally for a well played 40.  After the fall of Arkhan Sportman was unable to gain any momentum as they kept loosing wicket at regular intervals.  Sportsman ended their inning on 132/9 after their alotted 25 overs.