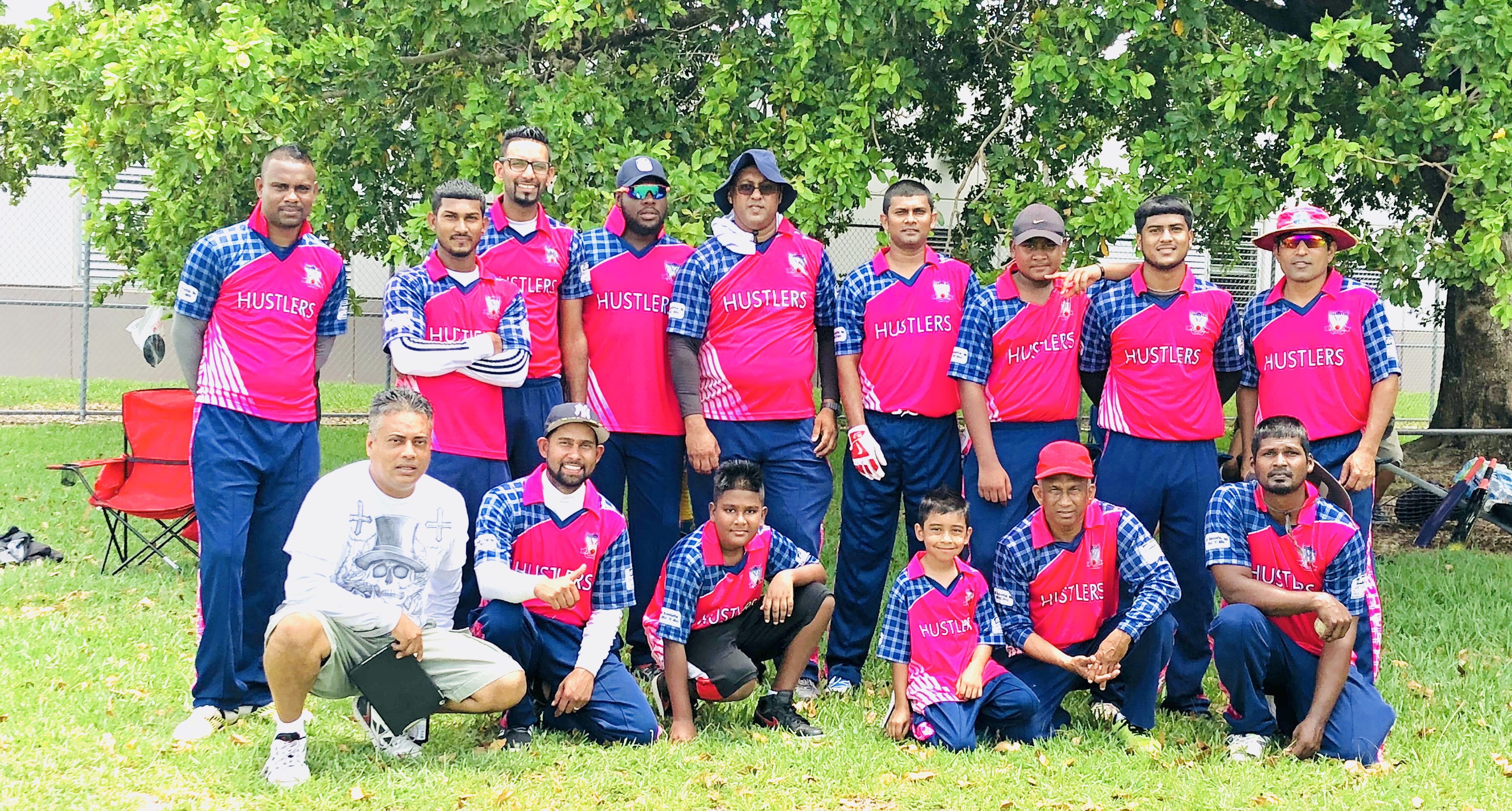 SFSCL 2018 T20: Round 7 : Hustlers Cricket Club defeated the tournament leader by a whooping 133 runs in their final round-robin match played at South Ridge.

Winning the toss and taking first strike Hustlers lead by their captain boundary studded century posted 239/4 in their allotted 20 overs.

Batting at #4 Kevin Budhna who is leading the Hustler team this season scored a magnificent century to help his team to a commanding total. Kevin was well supported by Steven Taylor 30, Andrew Permaul 37 and Nazim Amin 44*.

Royal Challengers in reply lost wickets at regular interval as they tried  to keep up with the required run rate. They were eventually bowled out for 106 in the 11th over.

Andrew Permaul held on to four magnificent catches at the long off boundary as the Challengers batsmen continuously tried clear the long-on and long-off boundaries.