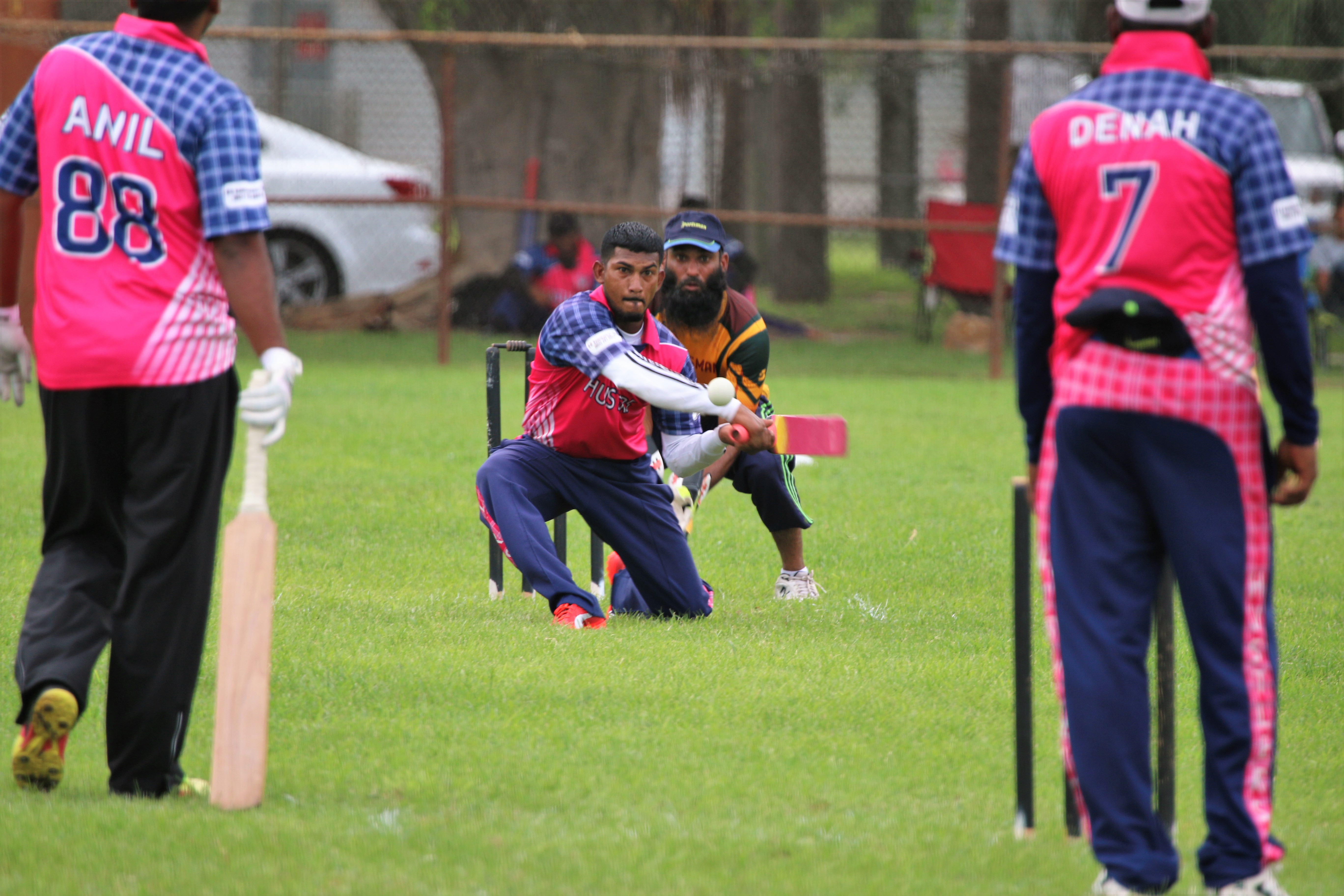 FSCL 2018 T20: Round 8: Although they cannot boast of too many of the big names on their roster Sportsman Cricket Club have managed to surprised many of the top teams during this tournament including Hustlers in the opening game of the season with a convincing win. They nearly surprised Hustlers again today for the second time in this tournament at Forcina Field in Miramar, Fort Lauderdale.

Hustlers was a little surprised when they were asked to take first strike after loosing the toss and Sportsman was not fielding their best team.

Sportsman, however, knew the wicket condition better as they have played several time here before and their strategy almost paid off.

With the wicket playing very uneven Hustlers batsmen struggled to play shots and was unable to put together any meaningful partnership. They lost wickets at regular intervals and were eventually bowled out for 113 in the 15th over.

Trevor Persaud top scored with 22 and Quin Khan scored a invaluable 18 in a last wicket partnership of 25 with Vishan Singh.

Sportsman fully conscious of the uncertain bounce in the wicket started their reply very cautiously and at one point seems as though they had the right strategy, however, as the dot balls started to accumulate and the required run rate started to climb they were forced to start playing a few more shots and with that wickets started to fall.

They had a few good moments, however, once the wicket of Sameer Khan and Faizul Sharif fell the end came very quickly. Sportsman was eventually bowled our for 101 in the 20th over. Sameer Khan top sored with 25.

Anil Bhawani picked up 4 wickets for hustlers to finish with figures of 3-0-13-4.