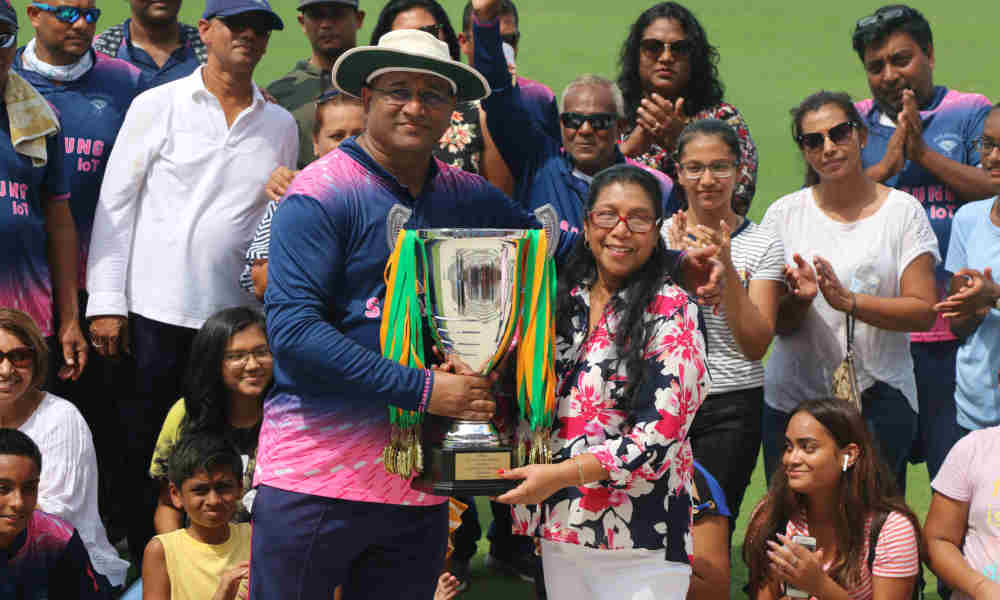 Hard-Hitting Chris Persaud played the inning of a lifetime to help Diamond claim the SFSCl 2019 Summer season championship yesterday at the Broward County Cricket Stadium. Set a challenging target of 151 for victory by Unlimited, Diamond got off to a slow start and never was never able to build any momentum for the most part of their inning as Unlimted bowlers dominated.

Unlimited was visible confident of a victory coming into the final overs as Diamond required an additional 56 from 3 overs runs for victory, however, that confidence was short-lived as the 18th over went for 20. The game was still in favor of Unlimited at this stage with 36 required from 12 deliveries, Diamond hopes of winning the championship were resting squarely on the shoulder of their most senior allrounder Chris Persaud who had batted himself in nicely by this time.

Unlimited turned to Wazir to bowl the penultimate over and it will probably be an over that will stay with him for a long time to come as Diamond took 26 off his over leaving just 10 to needed form the final over. With Diamond batsmen taking 46 off the previous two overs, it was an almost impossible task to defend 10 in the final over. Unlimited got a glimmer of hope early in the over when the hard-hitting Chris Persaud was run-out going back for a second run that was not there and 5 still needed from four deliveries. Diamond, however, was able to score the remaining runs without any further drama.

This match will remain in the hearts of many for a long time to come. Diamond Cricket Club donated the championship trophy to the wife of the late Lloyd Gonzales who was a founding member of South Florida Softball Cricket League.