Diamond Stun The Champ In 2018 Opener 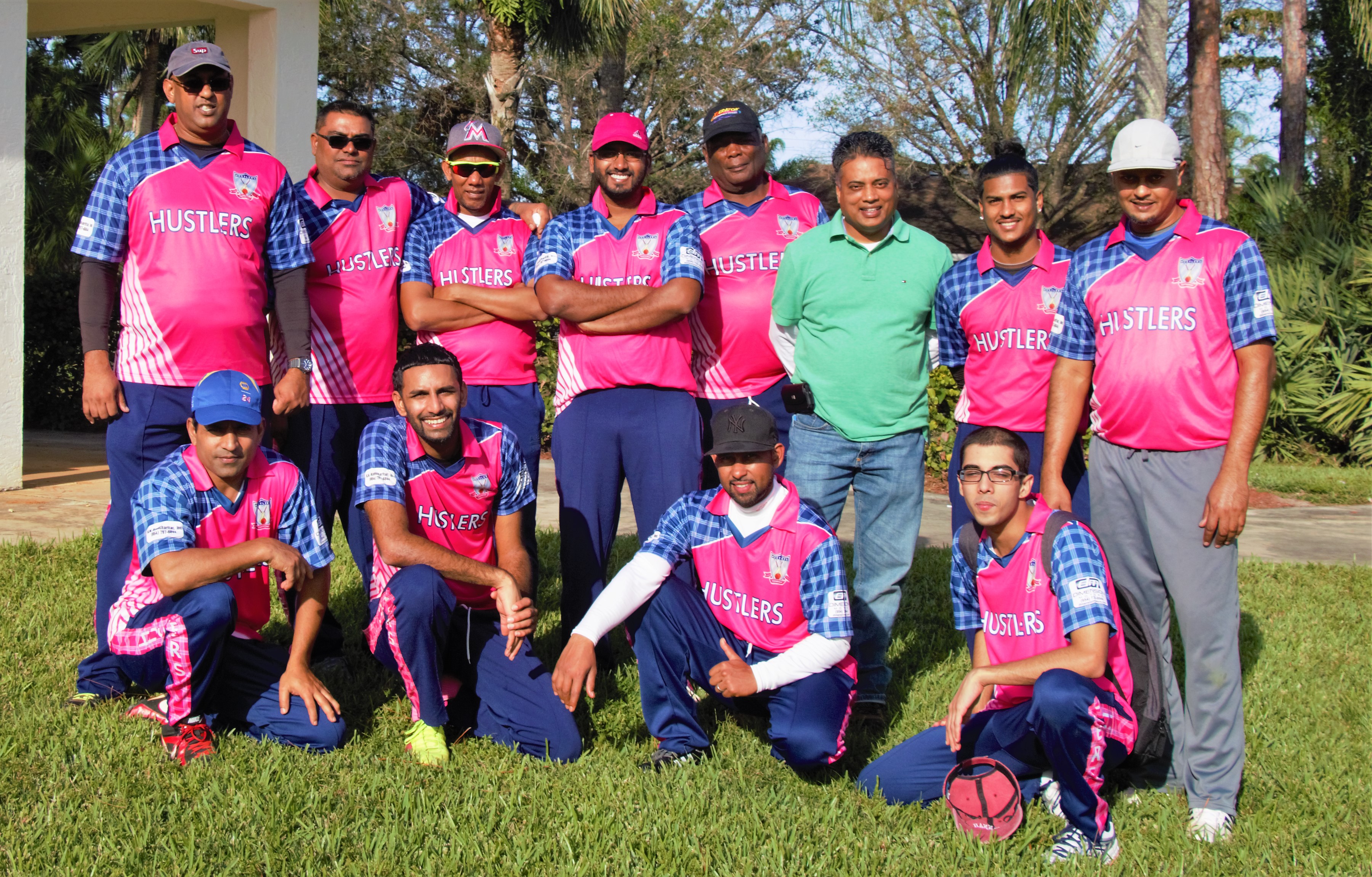 After a terrific performance in 2017 where they have earn the elusive triple crown title and also in the process won 15 consecutive matches to end the 2017 seasons on a all time high, the Hustlers surprisingly went down to Diamond Cricket Club in their opening encounter for 2018 spring season.

Diamond who lost the 2017 Fall Season final played at the Broward Cricket Stadium have regrouped well and in the process have attracted few talented players for the new season. Diamond in their new out-fit and strengthened roster was beaming with confidence during their pre-match warm-up and they took that same sprit into the match.

Winning the toss in cold , windy and overcast condition Hustlers opted to take first strike which seems to be the norm recently; However, today’s decision to bat first was a little surprising since the pitch was damp from overnight rain , the outfield was extremely heavy and many of their key batsmen were not available for this opening match.

Setting a target in these condition is not easy and Hustlers inning reflexes that. They got off to a poor start loosing   their first two wickets in the first two overs when Raj was caught in the point region driving at a delivery out-side the off stump and Bacchus caught inches inside the long-on boundary. Two other batsmen suffered similar fate attempting similar shots as it was almost impossible to clear the boundary due to the wind factor.

The captain Anil Bhawani was joined by Ravi Singh and they cultivated a nice little recovery by rotating the strike and picking up singles, however. Hustlers got them self in further trouble when Ravi was smartly caught in the cover region by Zameer Razack for a well played 15. Razack had to time his jump perfectly to take the catch.

Trevor Persaud who replaced Ravi started with a bang, hitting the first ball he faced for huge six over square-leg, however, he did not last long enough as he was caught behind driving at a ball out-side his off-stump for 7.

As wickets keep tumbling around the captain who has been batting patiently so far had no choice but to start taking few more high-risk shots and in the process had a few   let-offs. He was eventually caught on the long-on boundary by Chris Persaud for a well played 28.

The Hustlers eventually bowled out for 62 in the 19th over.

Diamond in reply batted patiently and got to their target without much difficulties. Hustlers bowlers led by Nazim Amin and Trevor Persaud bowled well, however with the wicket drying off it was much easier to bat on.   Joseph Pitam top-scored for Diamond with 30*.