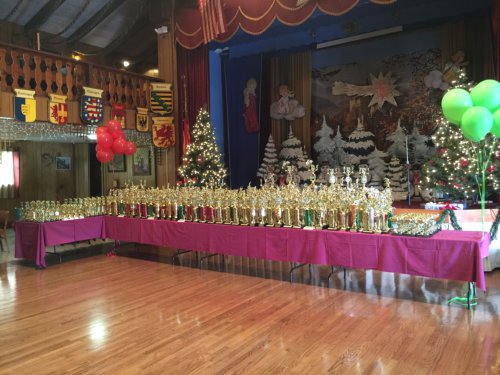 All looks set for South Florida Softball CricketÂ  League 2015 Annual Cricket Presentation which is been held at the German American building is Hollywood Florida on Saturday starting at 7:30 pm. All team players, management and their family members are expected to attend this pre Christmas event. There are approximately 450 awards to be handed out to 129 players at this year award ceremony.Â AwardsÂ will be handed to out to players who scoredÂ overÂ 5o runs in an inning Â or taken 5 wickets in an inning. Awards will be also handed out to top performing seasonal players.Â  There will also be two MVP awards handed out to the top player in each division.