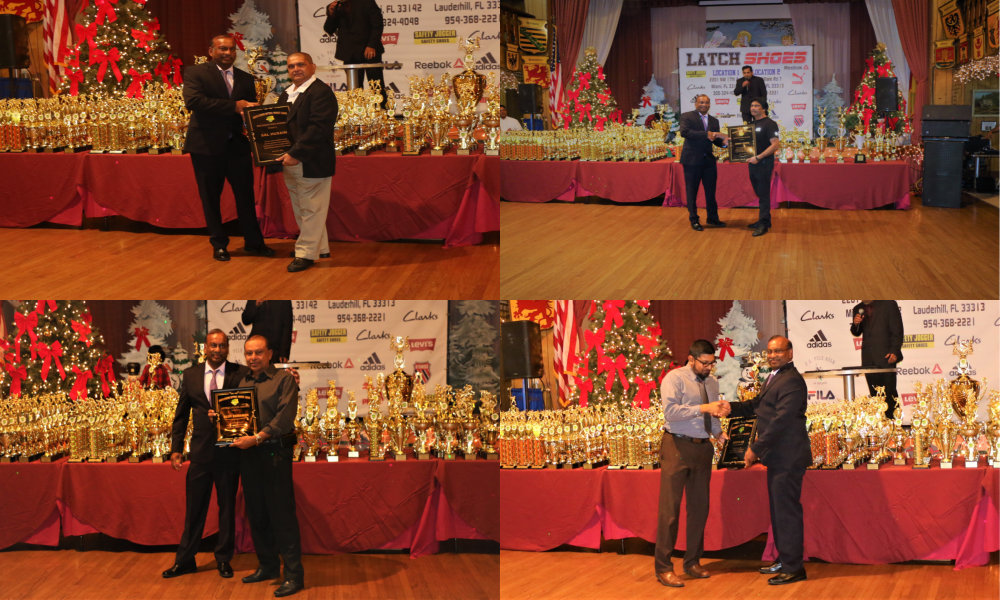 The Sal Hussien and Amar Singh former Presidents of SFSCL were recognized for their service to SFSCL  both locally in South Florida and Internationally.  There were four other former presidents Anoop Basdeo, Cecil Persaud, Mike Roberts, and Ricky Toolsie were invited, however, they were unable to attend due to other commitments.

Recognition awards were handed out to Zaheer Ali, Cliff Rahaman,  Basil Ramawtar and Ramzan Roshanali for their outstanding service in various capacities to SFSCL  activities over the, many years.